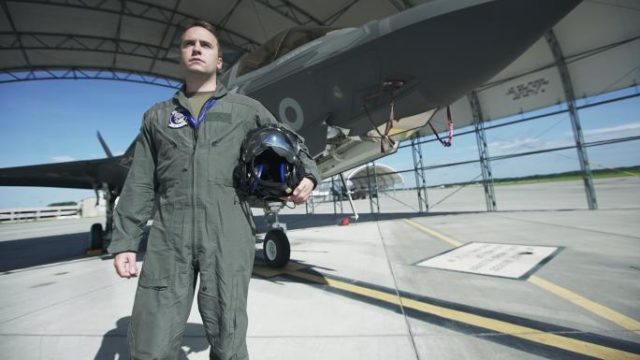 Starting this week on ITV1 is ‘Fighter Pilot: The Real Top Gun’.

I have been working on this series on and off for a year now. The show features a considerable amount of air to air footage which took some time to capture so it had an unusually long production timescale.

This new three-part documentary series follows a trio of fighter pilot recruits as they attempt to become the best of the best – to be selected to fly the RAF’s brand new F35 Lightning jet.

With exclusive access to the Royal Air Force’s brand new £100 million F35 fighter programme and to the Ministry Of Defence’s fast Jet recruitment process, this series goes inside the cockpit to bring viewers a vivid insight into the challenges faced by the men and women who aim to become the UK military’s top guns.